You're here: Home » We and Our Idea » SHIN – Founding Father and Initiator 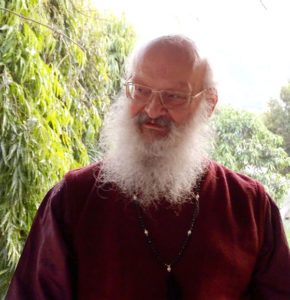 SHIN is a true friend of humans and peoples and in particular of children.
With his teaching, his boundless consciousness and his benevolence, HE supports the human to arouse the beauty, depth and power of the own being.

Core elements of his way of working are meditation, mantra, conversation, lecture, song and dance. His teaching is alive, precise, simple and integral – coming from the primal unity and is all-encompassing, referring to everything. SHIN is the initiator of the Yoga of Integral Learning.

It is a huge concern to HIM to give new impulses at the school.

Especially children and young people need our help, as they have to live with the earth in the state we give it to them.

With the nature school PARAMARTH AWADHAWAN HE laid a foundation for a new school culture in which the human being in his entirety should be considered, so that the children reach a well-balanced development. In the whole education should particularly all that be stressed what opens vitality, joy of life, art of living and meaning of life for the young and later adult human.